Jack Malik was just another struggling songwriter…but that was yesterday. After a mysterious blackout, Jack (Himesh Patel) discovers he is the only person on earth who remembers The Beatles! As he rockets to fame by passing off the Fab Four’s songs as his own, Jack risks losing Ellie (Lily James) – the one person who has loved him and believed in him from the start. Before the door to his old life closes forever, Jack must decide if all he needs is love, after all.

When Danny Boyle leans into his more schmaltzy side, we often see a man so inherently romantic and whimsical that it is hard to imagine him cresting the drug-fuelled, chaotic grime-fests many would class as his signature style. Very much in the vein of Millions and Slumdog Millionaire, and fresh of the disappointment of leaving Bond 25, Yesterday is Boyle on full Willy Wonka mode, whipping a fresh batch of sweet, sugary delights; albeit with a central recipe that is maybe not as strong as one might have hoped.

Penned by Richard Curtis from an original script by Jack ‘You’ve Probably Not Seen Any Of My Other Work’ Barth, Yesterday has some of the vintage troupes one might expect from Britain’s foremost purveyor of earnest romance. It is as much a love letter to Suffolk as it is to the Beatles, whilst also resoundingly proving itself as cannon Curtis; with its goofy sidekick friends, the will they/won’t they central lovers and an oh-so-public display in the 3rd act. On paper the film works, and in practice (for the most part) Yesterday is an engaging enough watch to keep your attention. Its downfall mostly comes at the hand of a misplaced chemistry between Himesh Patel and Lily James, who function better as friends than they do a romantic pairing. In a film where the fact that they are apart from each other matters, you almost mourn the fracturing of a friendship more than you hope for the uniting of two darlings. This is not to say the pair are wrong for the part, but one might argue that Curtis’ script does not manoeuvre the characters in a way that demands romance.

Musically, Yesterday finds its true power in the talent of the fab four it so lovingly tips a hat to. Patel is a decent singer, but it is hard to imagine him as a best-selling artist, while the implication that Ed Sheeran is the modern equivalent of, say, John Lennon or Paul Macartney is probably the funniest joke in the whole film. However, watching Patel sing and play some classic Beatles hits is a wholly rewarding experience. And its these moments where the film is most at risk of winning over its audience. In fact, it is remarkable how Danny Boyle’s visual style merges so well with the tone and pace of so many of these songs to create a feelgood platter of Beatlemania.

It may sound as if I am ragging on a film that I largely found to be pleasant and enjoyable, but when films such as About Time are still so fresh in our mind, there is a certain bar that Curtis has set himself. Yesterday looks and sounds like it should easily reach that height, and with talents like Boyle behind the camera and Patel and James in front of it; it is ever-so-disappointing then that Yesterday doesn’t feel like it has reached that height. With the Abbey Road album turning 50 this year, Yesterday’s release feels all the more important that it does right by those who inspired it. By achieving this goal, the film suffers in other areas. And when you build an entire movie around the impending love of two individuals, it is hard to forgive it for letting that fall by the wayside. 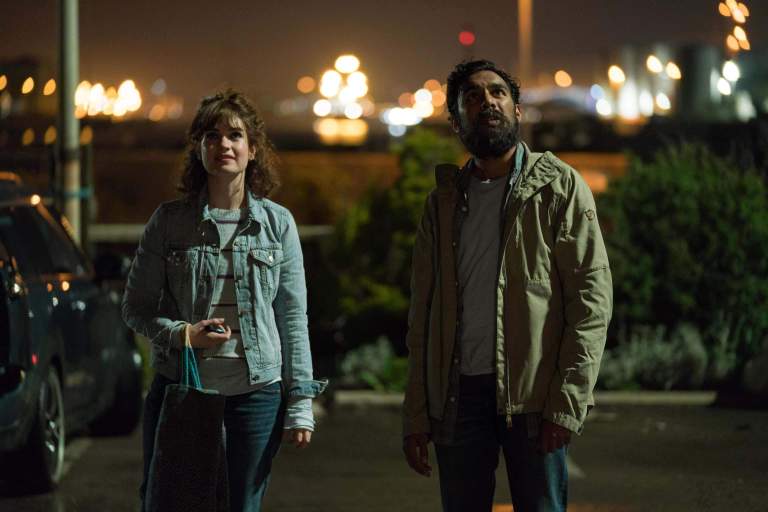 A decent batch of features that cover most areas of the film’s development to a certain degree. It is hard to want more, and like the film, this satisfies enough without any lasting impression.

More ‘Thank You Girl’ than ‘From Me To You’, Yesterday has a sweet spirit but an empty heart.