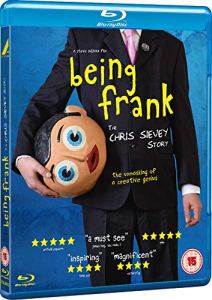 BEING FRANK: THE CHRIS SIEVEY STORY explores the extraordinary secret life of artist Chris Sievey, best known as his alter ego Frank Sidebottom, the maverick Northern comedian in a fake head. Frank Sidebottom, his greatest creation, became a star – a manic, insane, mercurial star burning brightly from within a papier mâché head – a star who obscures his own creator. But who really knew Chris Sievey, the fractured genius underneath the mask? Chris Sievey was a musician, songwriter, artist, comedian, filmmaker, performance artist and wayward genius who created an alter ego that he grew to resent.

It is a bit of a cliché, but brilliance is rarely rewarded in its own lifetime. Whatever fame that come is often fleeting, and many a great mind often meets its end in madness or abject poverty. Chris Sievey was one such mind, who created some of the greatest alternative comedy Britain has ever seen. People often cite Peter Sellers, Morecambe and Wise, The Two Ronnies, Spike Milligan et al, but rarely does Sievey (or his anarchic alter ego, Frank Sidebottom) enter conversation. It would be fair to compare Sievey to the likes of the outlandish American Andy Kaufman; a comic who provided laughs for his own ends, and lived a life the consisted of gaslighting a nation while unveiling a comedic style that can only be described as performance art. Steve Sullivan’s small but sweet documentary might not be overly engaging or insightful, or even truly capture Sievey’s spirit, but it does give the deceased comic and platform with which to keep the Frank Sidebottom legend alive.

There are a number of things you will likely learn about Sievey, if you had no prior knowledge. He was manic, he was restless, he was a liability. Being Frank seems to focus on these three elements and does so while following the narrative of his life. Compiled from purpose made interviews and boxes of found footage, Being Frank gently takes us in to the world of blue-collar Manchester, where we meet a rogue’s gallery of people who knew, or at least thought they knew, the man beneath the papier-mâché head. The documentary starts off as a slow burn (early days of a failed music career), growing in to the mania of a cultural icon, but what proves to be the most insightful are the candid moments of home video. Seeing Sievey at his most creatively vulnerable – playing at home, often mucking about alone – you begin to perceive a portrait of a man who was constantly striving to colour the world. It remains unclear if Sievey ever truly had anything to say, or even if he really desired fame, but what does become apparent is the primordial need he had to just create.

Nothing particular memorable comes from the interviewees, while Sievey’s family serve to give a better perception of living with and loving a mind such as his. A few anecdotes playout nicely (see Jon Ronson), but the true joy is in just watching Sievey/Frank at work. A story about Bros will have you in stitches, while revelations about extramarital affairs are whitewashed with a tepid denunciation. There is a definite sense that Being Frank is a fan film rather than any form of journalistic endeavor; which is far from a criticism but does help contextualise the tone.

Had the film been handled with a bit more finesse it could potentially be afforded more credibility. Instead, the irony remains that this little seen film will only truly appeal to Sidebottom fans. And so, once again, the boundaries of Sievey’s comedy fails to expand and the man remains one of British comedy’s best kept secrets. Despite this, it is always nice to see a little deeper in to the mind of brilliance. 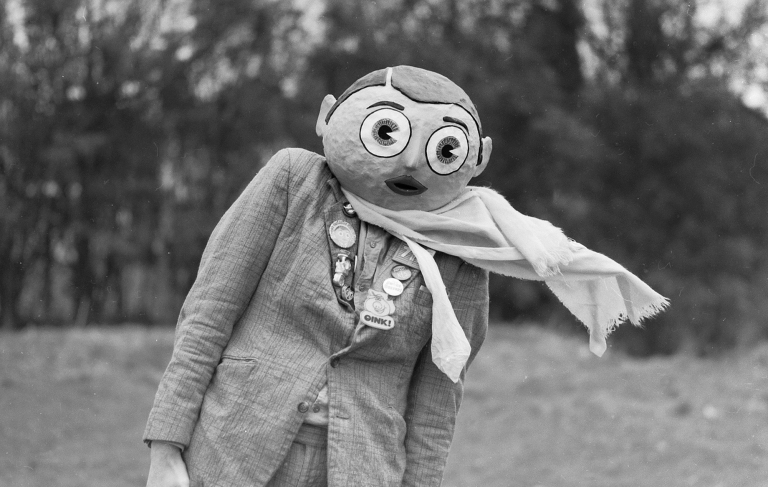 A nice selection of deleted scenes. The MVP involves a story about a filthy cat. And some other odds and sods. Essentially material that had not real place in the feature, but is a must see for fans.

A nice little piece of fan made filmmaking.