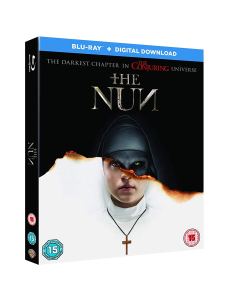 When a young nun at a cloistered abbey in Romania takes her own life, a priest (Demian Bichir) with a haunted past and a novitiate on the threshold of her final vows (Taissa Farmiga) are sent by the Vatican to investigate. Together they uncover the order’s unholy secret. Risking not only their lives but their faith and their very souls, they confront a malevolent force in the form of the same demonic nun that first terrorized audiences in “The Conjuring 2,” as the abbey becomes a horrific battleground between the living and the damned.

The Nun is a film that seems to have no sense of what it wants to say or be. It borrows themes wholesale from far superior ancestors such as The Exorcist III, clothes itself in stunning scenery, and churns out clunkers like “the village will lose its idiot!”. The plot bounces around, making literally no sense, and the acting is passable; with Taissa Farmiga doing the bulk of the heavy lifting, and Demián Bichir sinking under the weight of a token backstory literally stolen from every priest whoever performed an exorcism. Here is a film that struggles the pressure of its own expectations. The promise of a malevolent force seems too much for screenwriter Gary Dauberman and director Corin Hardy to bear. Her figure is described as “fin-like” in the special features, but there is no sense of Jaws here. At every possible opportunity, Valak rears her head, bearing her teeth and hissing like Kaa from The Jungle Book. This sort of crappy hide and seek works well for a chaotic monsters such as Pennywise, but when your ability to frighten hinges on furtive tension, less is definitely more.

Visually, The Nun is easily the most exciting and memorable of The Conjuring universe. It is a world away from the domesticity of the other films, which allows it to bath in moonlight, dripping stone walls and creeping fog without feeling disingenuous. Long corridors and an enchanted forest are quite literally a breeding ground for nightmare fuel, yet nothing seems to materialize. Instead we have the same old banging doors and grabby shadows. Treated with a little subtly, an improved plot, the character of Valak could have made this the best film to date in James Wan’s universe. Sadly, the opposite is true, as we are led through a labyrinthian mess, and all this atmosphere is laid to waste; resulting in The Nun being, by far, the least enjoyable. But at a grossing of $360billion worldwide, the number crunchers at Warner Bros. will be ‘nun’ the wiser. 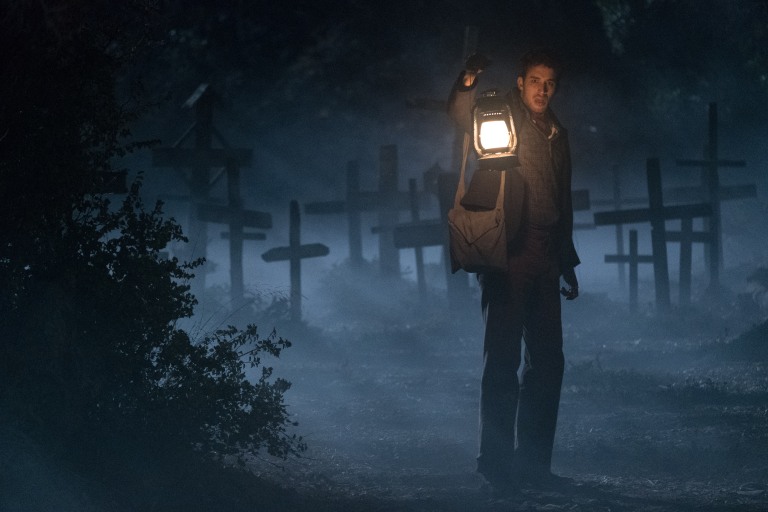 Mostly behind the scenes stuff, this also comes with some deleted scenes and a Conjuring timeline (if for some reason you are a tad confused). Oddly, Taissa Farmiga seems to be the only one who understands WHY a Nun makes for scary imagery. Everyone else seems to be talking in soundbites.