If you have a problem and there is nowhere else to turn, the mysterious and elusive Robert McCall will deliver the vigilante justice you seek. This time, however, McCall’s past cuts especially close to home when thugs kill Susan Plummer — his best friend and former colleague. Now out for revenge, McCall must take on a crew of highly trained assassins who’ll stop at nothing to destroy him.

Try as we might, there is not a single one-man army that we can think of who would be just at home drinking tea and eating a bourbon biscuit as he would smashing said tea cup over someone’s head and ramming the biscuit in to their eye socket. Robert McCall is without a doubt every grandma’s retaliator of choice. Back for a second slice of Dundee cake and bloodletting, Denzel is proving yet again that he is still a brutal, terrifying mo’fo; albeit with a dated sensibility of justice and mercy.

The Equalizer 2 works best when Denzel jumps from domestic to chaotic in the blink of an eye. Arguably, its best sequence is an Uber ride that turns in to a full-on fist fight and execution at 60mph. There’s vigilante justice galore (clichéd jocks get their comeuppance), moral lessons aplenty (another young black man saved from a life of crime), and a fair amount of apple twisting, plate wiping, watch setting and towel folding; is obsessive compulsive disorder truly the new superpower!? But at its core, The Equalizer 2 never really wants to be more than a kick back to early 90’s spy thrillers like John Frankenheimer’s Ronin. Although it is a step up from contemporaries such as Tom Cruise’s failed Jack Reacher franchise, The Equalizer 2 feels socialist in its approach (we are all equal, oppression must be beat) but wildly republican in its execution (guns are the answer to any question, death is the only punishment). Robert McCall may be an equalizer, but he is also a borderline maniac. The film’s opening sequence looks awesome but boil it down and he essentially murders a bunch of people to return a lost child. Surely, just beating someone up and returning her home would be sufficient!? And there is a serious gap in logic, in that he seems to be able to do pretty much whatever he likes without any fear of reprisals or police intervention. But it is Denzel, so we will let that slide.

Atoine Fuqua has been working the action mill for quite some time now, and always to a pleasantly enjoyable effect. But he has not pushed himself really since…well, never. From the blistering breakthrough of Training Day, his movies have essentially been that same experience. The Equalizer 2 is on the same tried and tested ground we have come to expect. The action is competently handled, the dialogue is short and sharp, characters come and go, but the focus remains on one man. Fuqua is a hugely talented filmmaker, and it is a shame to see him in the Ridley Scott territory of churning out what he knows best. This is not to say that The Equalizer 2 is boring, but it is predictable. And as a consequence, it has not edge, not emotional magnetism. Just like its central character, the film is cold and distant, but it does what it can to make things right.

As the film chugs on to a finale that is practically signposted in neon from the get-go, Robert McCall becomes Robert McCall(ister), and the first film’s Home Alone themed fatalities come in to play. Some dodgy editing leads to a confusing moment where he seems to travel through the wind via osmosis, and yet another villain who we give zero poo emojis about is offed. Will there be a third movie? Hell, who knows. But if Fuqua and Washington come back for more, maybe this time we might get something a little less Steven Segal and a little more Clint Eastwood. He is, after all, at least your grandmother’s age.

A few Making Ofs that offer little insight, but have some decent talking heads, are mainly here to bulk up what is more of a scene based Commentary and a VH1-style pop up video that offers Pop Up trivia throughout the film. All fun and informative, with a nice audio element from Fuqua and Washington. 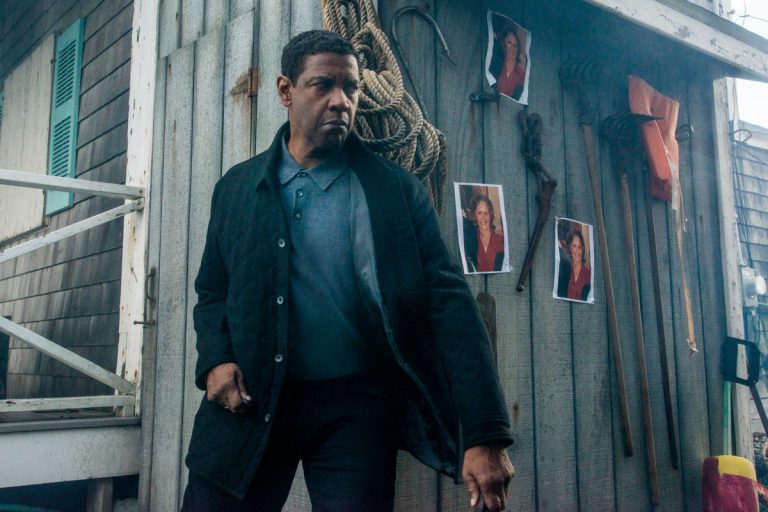 Harmless fun. But necessary? That will be entirely an individual opinion.