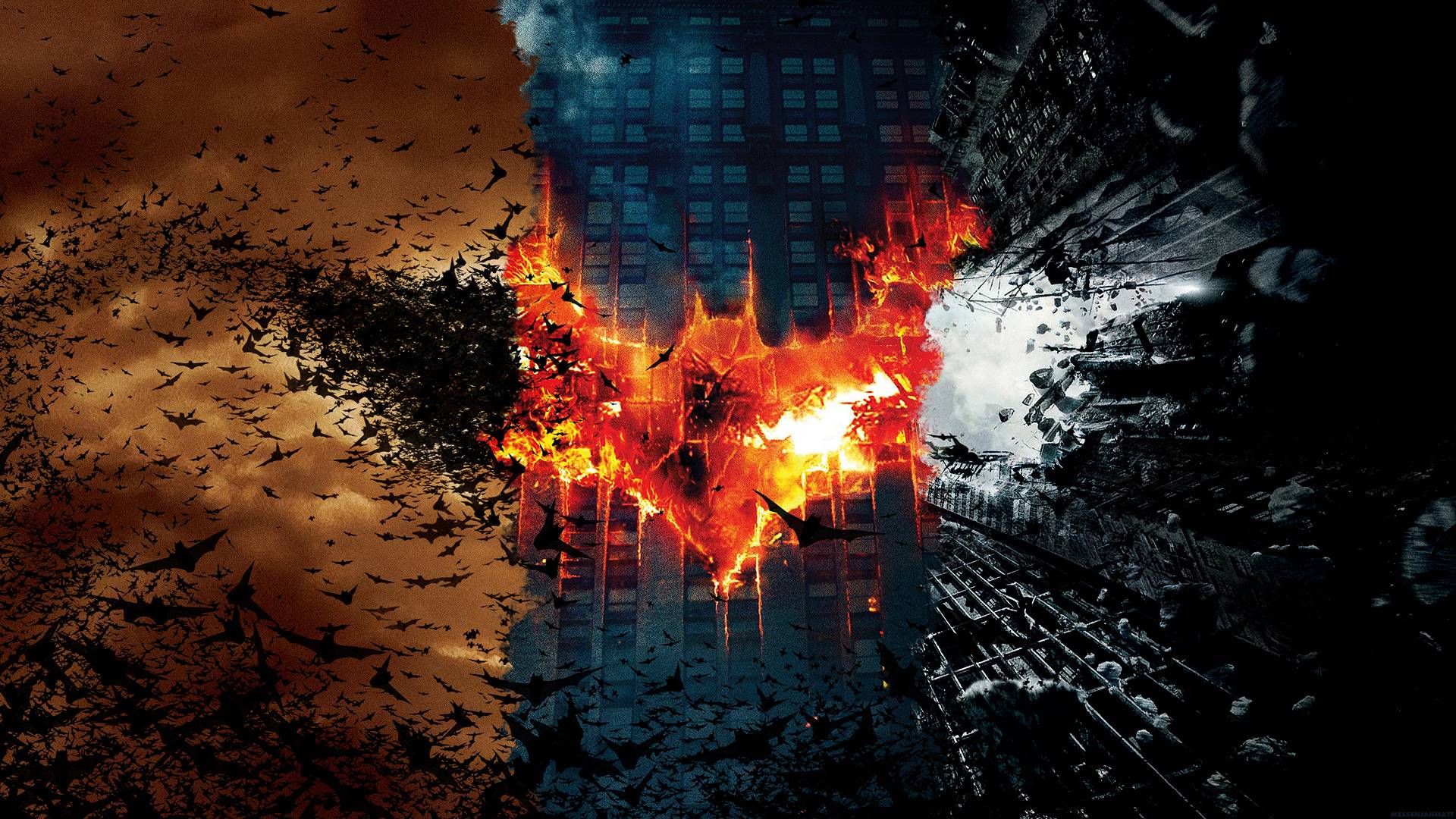 Ho-Ho-Ho Silver Screen Write-Up readers! Christmas is fast approaching and Santa is readying his reindeer. The festive season is notoriously a time for watching movies, and with the ever-growing number of recent and coming releases it is hard to know what is and is not worth getting. With this in mind, we thought we’d go straight to the source and ask Santa himself which films have made the nice list this year.

This is a promotional feature.

With Christmas all but a few days away, I have been extremely busy. But when I saw that Christopher Nolan’s Batman trilogy had received the 4K treatment I made my excuses, gave the head elves some shared responsibility of the workshop and ho-ho-holed up in my Claus den to watch this glorious trilogy in stunning ultra-high definition. It did not disappoint!

I have not seen Batman Begins in a number of years, and it holds up pretty well even now, but compared to The Dark Knight and The Dark Knight Rises it seems like a lesser product. Still, the rich blacks and steamy bronze cityscape of Gotham looks – as the kids would say – amazeballs, in this transfer. As technology progressed, so did Christopher Nolan’s ambitions, and with the use of IMAX cameras, he has photographed some gorgeous sequences in The Dark Knight. The opening scene is blistering and looks at its best here. In fact, I remember when I saw The Dark Knight for the first time; I turned to Mrs. Claus and said that Christopher Nolan would be on the nice list for a decade following that triumph! It is very easy to re-discover one’s love for TDK here in 4K. It is without a doubt the best possible way to see it outside of an IMAX theatre. In fact, if you have not seen it in 4K, then you haven’t really seen it at all. The same goes for The Dark Knight Rises; the sexiest of the Nolan trilogy.

The set comes with a series of extras from the original blu-ray release, and although the artwork looked wonderful, the packaging was a little lousy. That being said, I’ve made a living out of lousy packaging. In fact, my wrapping elves call me Santa Claws because I have a habit of ripping paper while wrapping. So I’m not really one to split hairs on such a must have 4K release, when all that sets it back is a minor niggle about packaging! Right, I better get back to work, Mrs. Claus will be fit to box my ears if I slack any longer! See you on 24th everyone! 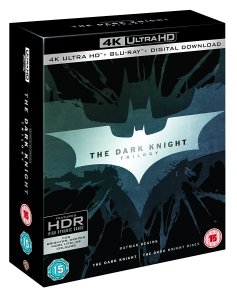 Christopher Nolan’s award-winning “The Dark Knight Trilogy” includes BATMAN BEGINS, THE DARK KNIGHT and THE DARK KNIGHT RISES. BATMAN BEGINS explores the origins of the Batman legend and the Dark Knight’s emergence as a force for good. In THE DARK KNIGHT, Batman sets out to dismantle the remaining criminal organizations that plague Gotham. However, he soon finds himself prey to a reign of chaos unleashed by a rising criminal mastermind known as The Joker. In THE DARK KNIGHT RISES, Batman has vanished into the night, turning from hero to fugitive after assuming the blame for the death of D.A. Harvey Dent. However, with the emergence of Bane, a masked terrorist whose has devised a ruthless plan for Gotham, Bruce is forced out of his self-imposed exile. But even if he dons the cape and cowl again, Batman may be no match for Bane.