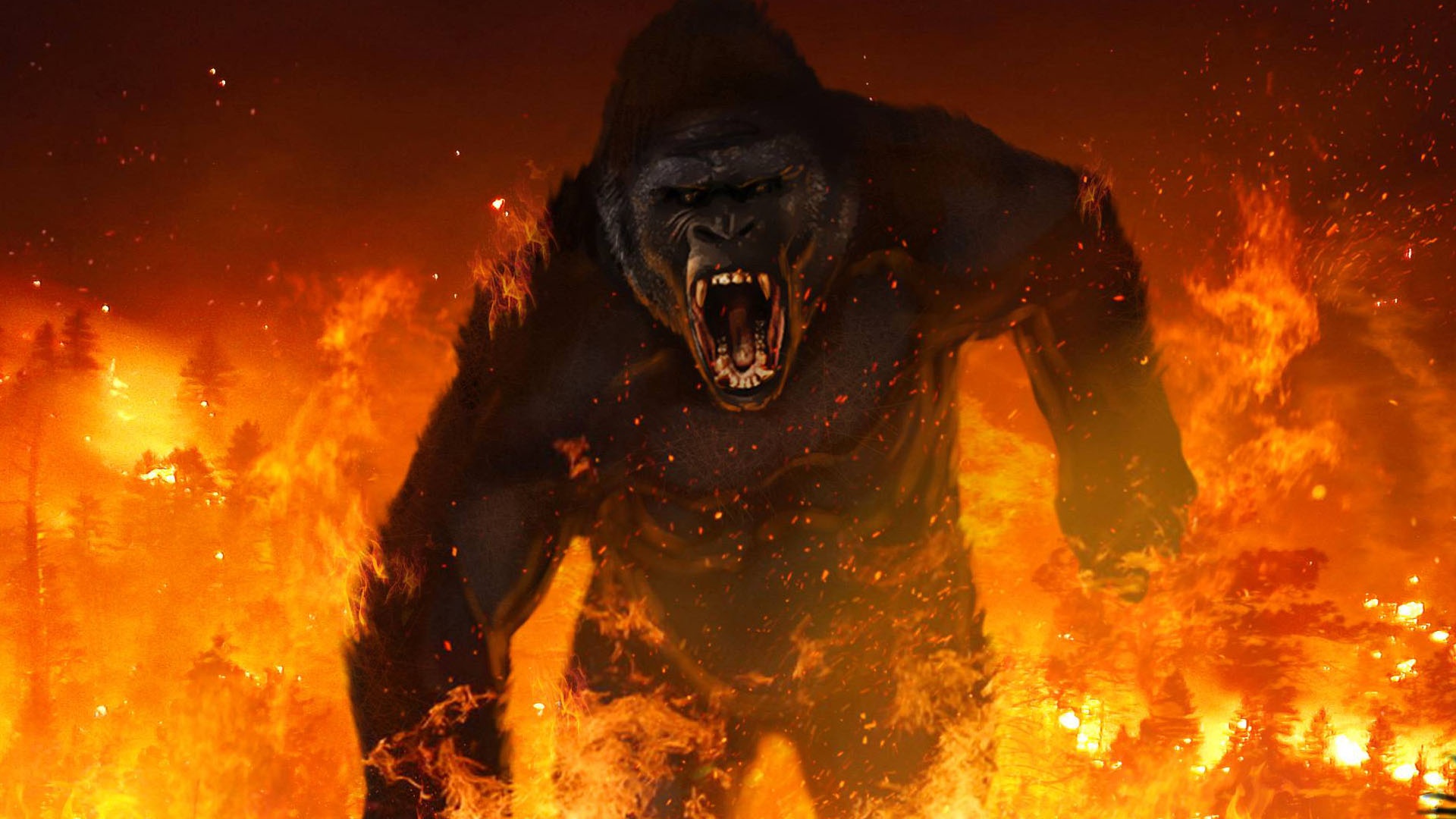 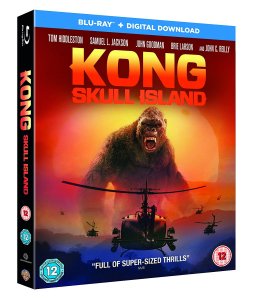 Scientists, soldiers and adventurers unite to explore a mythical, uncharted island in the Pacific Ocean. Cut off from everything they know, they venture into the domain of the mighty Kong, igniting the ultimate battle between man and nature. As their mission of discovery soon becomes one of survival, they must fight to escape from a primal world where humanity does not belong.

King Kong had his genesis in the mind of a curious 6-year-old boy named Merian C. Cooper. Kong was conceived in a time when world explorers would describe the new and unusual with hyperbolic grandeur. Cooper read about gorillas courtesy of writers such as Paul Du Chaillu, whose prose would impact Cooper’s imagination forever. As the young boy read of “cannibal skulls” and “half man, half beasts”, the image of New York’s greatest threat would soon be born. It was in 1933 that King Kong was unleashed on to the world, and it changed cinema forever. There have been numerous incarnations of the creature since, but it has taken nearly 84 years for this mammoth beast to finally feel threatening again.

Kong: Skull Island is, first and foremost, a second swing at establishing a franchise. Between The Conjuring Cinematic Universe, the likely dead-before-it-even-started King Arthur Cinematic Universe, the whimpering DC Cinematic Universe, and the underdog cash cow LEGO Cinematic Universe; Kong is a hail Mary effort to get Warners’ proposed Kaiju Cinematic Universe off the ground after the lukewarm reception to 2014’s Godzilla reboot. But whereas Kong has often been an ode to the golden years of cinema (see Peter Jackson’s reverent yet tiresome 2005 version), director Jordan Vogt-Roberts seeks to make him a primal force to be reckoned with here. This Kong is a hulking 100-foot tall monster whose primary functions include smashing, crushing, chomping, ripping and roaring. This is a Kong who represents not the cruel and unusual wonders of primordial nature, but rather immovable dangers, which cannot be beaten. Kong is a hornet’s nest that you really do not want or need to kick. It is a theme that makes the film’s Vietnam war setting all the more relevant.

There is an argument to be made that Kong: Skull Island is an origin movie for what will follow in the next few years. But instead of the film being about the giant ape discovering his abilities and learning the potential of his powers, it is about us as an audience finding the ‘usefulness’ of this monster in what will inevitably be a Pacific Rim style multi-creature rampage across multiplexes by the mid-2020’s. Skull Island comes will a cursory plot, and paper thin characters serving a sole purpose to facilitate the audience’s journey in to Kong’s universe, and then serve as fodder to demonstrate the almighty power of him and the nasty critters that surround. Some characters are spared, while the rest die in Jurassic Park-style kid-friendly (yet borderline horrific) ways. The Vietnam War vibe is a novel twist that makes the story feel fresh, and the achingly overt presence of Coppola’s Apocalypse Now as a key influence, lends itself to some tasty visuals. But do not be fooled in to thinking this is a story about the human cast, or even a Beauty and the Beast story between Brie Larson and her hairy love interest (although some compulsory nods to the Fay Wray story are peppered throughout). This is a film about watching giant things destroy stuff and snap each other’s body parts off.

From the woozy helicopter scene to the napalm scented 3rd act, Kong: Skull Island is a film the puts style over substance. It comes dressed as something other than just a monster movie, but peel away that thin veneer and embrace the honest truth to find a string of enjoyable Toho Studio influenced moments. Voght-Roberts has picked some glorious locations, and the art direction and visual effects on offer are truly awe-inspiring. But the film only truly breaths when Kong or one of his colossal enemies are stalking the frame. The multitude of talky scenes in-between are utter hogwash and frankly uninspired. Thankfully, John C. Reilly and Sam Jackson are on hand to add some seasoning of sugar (Reilly’s comedic expertise) and spice (Jackson bitter rants). The lovely Brie Larson is put to pasture as she smiles, runs and takes photos; trying desperately to add weight to a severely undernourished character. And the ever-charming Tom Hiddleston proves without a doubt that he really is no action hero. Even hardened pros such as John Goodman and Toby Kebbell struggle to make lemonade with the lemons served.

As the film stumbles to a finale that just sort of ends, the door is left wide open for any and all monsters to walk on through. We know that a certain ‘atomic’ breathing lizard is on his way for a clash of the titans; and with the lack of human story to tell it will hopefully prove to be a more engaging watch. Because, quite literally, a 6-year old kid could probably think up something better. 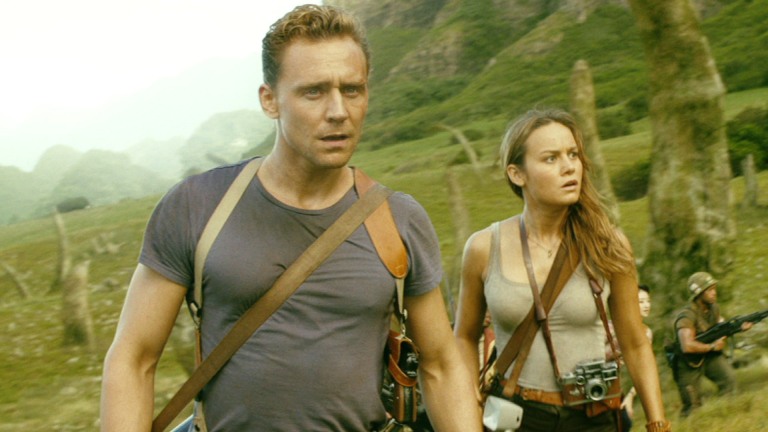 Warners once against prove themselves to be keen advocates of special features. There are an array of Making Ofs that go deep in to the film’s creation, a Companion Archive for budding fans of the extended universe, Personality Profiles of Tom Hiddleston and Brie Larson (with the former proving he is a real goof, and the latter showing off her on set photography skills), some Deleted Scenes (adding almost nothing) and a healthy Director’s Commentary. It is a weighty package for a beast such as Kong. 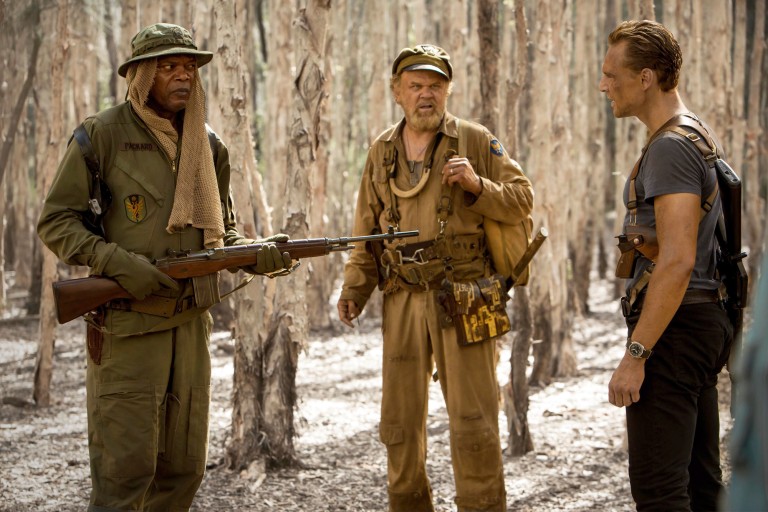 Summary:
Hardly the Eight Wonder of the World but easily one of Warner Bros. strongest contenders for a legitimate franchise.