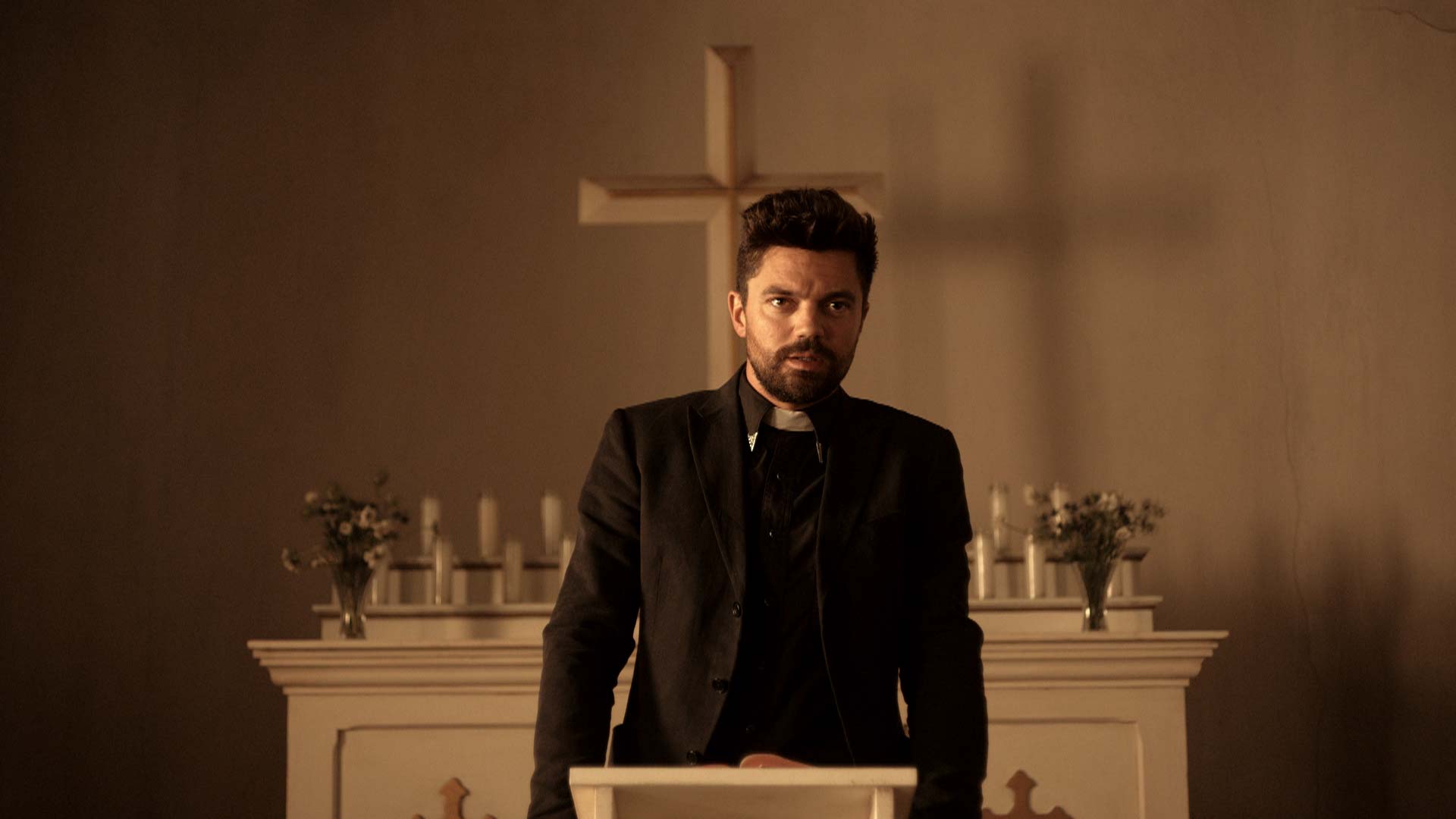 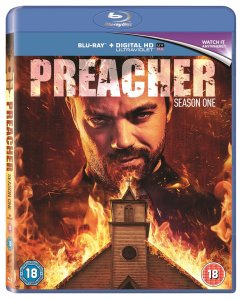 Preacher is the edgy story of Jesse Custer, a conflicted preacher in a small Texas town who is inhabited by a mysterious entity that allows him to develop a highly unconventional power. Jesse, along with his fearless sidekicks, Tulip, a trained marksman and Cassidy, an Irish vampire, embark on a wild, dark journey that is unlike any other.

The TV revolution may have brought us many things, but what it has failed to do is provide a decent adaptation of Garth Ennis’ comic series Preacher. What AMC have delivered is a lame riff on Kevin Smith’s Dogma with Walking Dead levels of OTT bloodletting.

The set-up is promising enough, with Cassidy and Eugene “Arseface” Root being by far the most enjoyable characters on offer, holding court pretty much the entirety of the season. Tulip roars into play in one of the show’s only memorable set pieces, but beyond this she stays stuck in one key, as does the ever vanilla Dominic Cooper (who fluctuates from happy face to moody face to happy to be moody face). Showrunners Seth Rogen and Evan Goldberg have some fun with the troupes of theology and work hard to establish a mythology, and even go so far as to (in some instances) build wonderful shot composition; but the show never again consistently reaches the benchmark set here.

There are no are great episodes, and few brilliant moments, but suffice to say, there are some very memorable sequences. The introduction of Fiore and DeBlanc lead to the rare yet better scenes in a seemingly endless rehash of similar plot devices. These two celestial buffoons help facilitate two very violent and one brilliantly comical highlight, while also lending some much-needed flavour to an otherwise vulgar tapestry of one-dimensional tertiary creations. Jackie Earle Haley gets to shine in episodes ‘Sundowner’ and ‘Finish The Song’, but remains underutilized as the show’s central antagonist. If you are looking for a “best episode” outside of the pilot, then the first 10 minutes of ‘South Will Rise Again’ along with the fight scene in ‘Sundowner’ are your best bets. The former is an excellent primer for The Saint of Killers, who looks to be season 2’s big bad, and is easily the most exciting thing to come from this Preacher’s television debut.

Preacher may celebrate the odd and unusual, but as episodic storytelling it fails to inject any real reason to stick around past the freak show of characters. With the season finale being a beyond dull limp across the finish line, season 2 has a lot of work to do in order for this undernourished cliché of a show to stick around; otherwise no amount of ‘God voice’ will persuade the execs at AMC to justify anything beyond that. 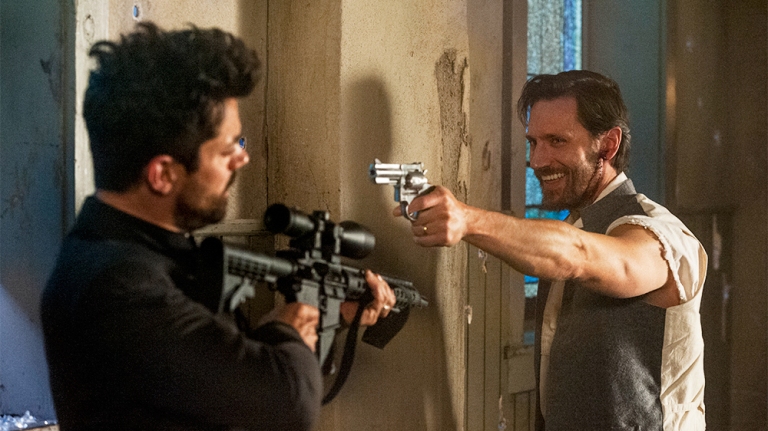 Past the ok deleted scenes, there is a decent making of titled The Unfilmable Pilot. However, the doc doesn’t go too deep into how or why it was unfilmable except 10 seconds of dialogue. The Stunts of Peacher is more enjoyable, as is Chainsaw Fight Breakdown; with the latter spending copious time on an increasingly funny hymn book exchange.

The Gag Reel is pretty good, if not no other reason than seeing how awful Joseph Gilgun’s depth perception is. Then, and rightfully so, the show’s crowning glory Saint of Killers is offered a short yet celebratory feature called Behind the Killing Machine. 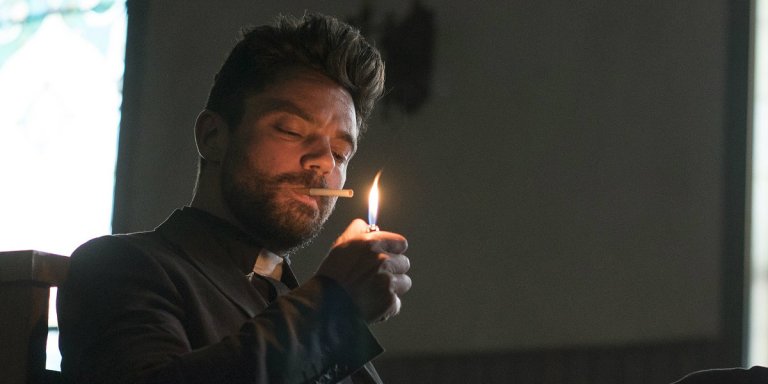 Summary:
Preacher has all the ingredients to be a very enjoyable cult endeavour, but without a decent plot or a more engaging central performance things could soon be over way before they have really begin.