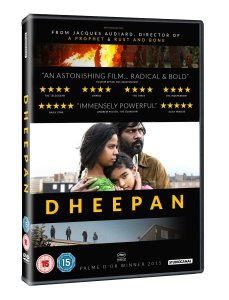 A Sri Lankan Tamil warrior who is forced to flee to France to escape the civil war, posing as a family with a woman and young girl he has never previously met. Finding work as a caretaker of a housing block in the suburbs of Paris, Dheepan works to build a new life and home for his ‘wife’ and ‘daughter’, but the daily violence he confronts quickly reopens the violence from his past, and he is left fighting for their livelihood, and eventually their lives.

Jacques Audiard’s Dheepan is a strange beast. It is equal parts social commentary, psychological drama, cinema verite, internationalist fable and, eventually, a Harry Brown-esque action movie. How and why this comes to be, remains a mystery even after the film finishes, but for something that mirrors a Mike Leigh movie for at least half of its runtime, the sudden bombardment of mismatched themes leaves Dheepan looking and feeling as mercilessly broken as its title character.

Scattered among the cold silences, Dheepan proves itself to have a beautiful heart. Little moments of emergence have minimal narrative impact, but serve to cultivate a sense of longing (an elephant), otherness (the light up ears) and melancholic ecstasy (nudity in the dark). There is a real sentiment that Dheepan is not so much concerned with the immigrant journey (this takes all of five minutes of screen time), but rather turns an inquisitive eye onto the social problems France faces; viewing it literally from an alien’s perspective. This is a film that turns in on itself and says, “What constitutes sanctuary?”

The world that Dheepan and Yalini find themselves in is not unusual because it is foreign, but because we as an audience see it as an inexact appropriation of how Western society sees itself. As Dheepan struggles to maintain the daily carnage of Block D, and Yalini has to navigate drug addicts on her way to work, we as an audience feel embarrassed – as if someone uncouth were speaking to the world on our behalf. Audiard immerses his characters in a humanity that makes us want to scream, “This isn’t the way we do things here. Please do not judge us.” The genius of Dheepan is that it isn’t “all those bloody immigrants” turning a lovely Parisian estate into hell on Earth. In fact, it’s actually the foreigner who endeavours to maintain cleanliness and order here. Dheepan is a liberal message to European nationalists; “you make your own mess. These people just have to abide it without choice.”

Then the unthinkable happens, and Audiard’s film begins to slip into convention. The criminal world fluctuates between being unobtrusive (“this is like watching a movie”), to being cartoonish in its aggression. Our alien protagonists oscillate between hating and adoring their hostile environment, a love triangle is introduced, and a clumsy side narrative is touched upon then completely abandoned. It’s hard to tell whether Audiard intentionally subverts Dheepan’s plot to gradually fit a Western model, or whether fears of losing audience attentions led to a torrent of familiarity. But when everything ends with a Tamil Jason Bourne, you have to wonder where everyone’s head were at; and for a film that refuses to accept Western ideologies, its closing sentiments about Britain seem extremely crude. That being said, with an actor as warm and engaging as Jesuthasan Antonythasan, you can’t quite begrudge Dheepan just a tiny moment of simple pleasure. 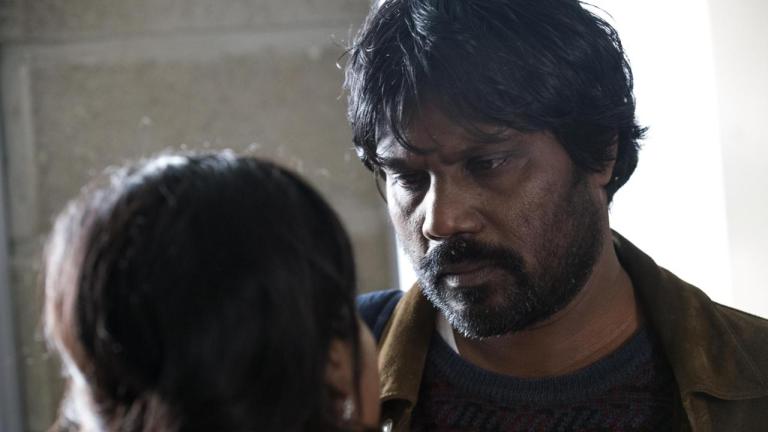 A few throw away Deleted Scenes do little to warrant their existence, but a lengthy Q&A is a dry yet informative view. While a super philosophical Director’s Commentary shows that a lot of what Audiard thought in his head, does not quite find itself fulfilled on screen.

Summary:
It may have won big at Cannes, but Dheepan will probably not live up to expectations. Approach it cold, and you’ll likely be pleasantly surprised.