Dr. Robert Laing (Tom Hiddleston, The Night Manager) feels like he’s made it – he’s moved into a luxury high-rise, seeking soulless anonymity. However, the building’s residents have no intention of leaving him alone and it isn’t long before the veneer of civilisation begins to collapse, and darker human urges begin to surface, and Laing’s good manners and sanity disintegrate along with the building.

Acting in a Ben Wheatley film must be a tough gig. There is no way the young filmmaker can create such havoc on screen without a hint of such anarchy behind the camera as well. Psychopathy is a common thread that joins the WCU (Wheatley Cinematic Universe) together, and never is that more evident than in his most recent celluloid madness, High-Rise.

Based on the work of fellow purveyor of British eccentricity, J.G. Ballard, High-Rise is a period morality tale that pre-emptied Thatcher-era Britain by about 4 years (although Heath and Wilson had hardly been model leaders at the time). It is a story that, as Wheatley emphasises, seems like a snapshot of history even today. High-Rise is filled with 70’s vibes of YouTube, the Apple generation, social injustice, abuses of power, and even Britain’s burgeoning tensions around the us and them mentality generated post-Brexit. This all manages to somehow filter through the film in spite of its seemingly relentless intentions to totally bewilder us.

High-Rise is a pneumatic drill of sound and colour, rushing through the lens at 1000 miles per hour. Characters seem to start, finish and lose conversation strands mid-sentence, actions and arcs are a scatter shot of narrative breadcrumbs dropped sparingly beyond endless scenes of shouting, sex and bloodshed. It feels as though 60% of the film’s monologues take place out of ear shot or silently in the minds of Dr Laing and he neighbours. The other 40% must have been saved for Wheatley himself, because unless one is gracious enough to suspend awareness, is well versed in Ballard’s text, or carries a seemingly unabashed pretentiousness, High-Rise is A Clockwork Orange style assault on the senses. The only thing missing are the eyelid clamps.

But deep down, under all the lunacy is a well designed, well crafted, well made representation of British cinema. Wheatley remains one of the most exciting talents to emerge from British shores in a long time. High-Rise might be more of a testament to his technical rather than narrative skill, but as testament it remains. While Sightseers is his most accessible film, Kill List his most disturbing, and A Field in England his most unique; High-Rise can definitely be counted as Wheatley most ambitious film to date.

The special features for High-Rise are rich in details and quality, but like the film itself, require a keen interest and patience.

A brief Documentary about Ballard and High-Rise is more of a mislabeled EPK for the film than anything of substance about the writer or his text.

The Cast Interviews are a little more engaging, with some real nuggets from the likes of Tom Hiddleston and co.

But the Director’s Commentary is your bread and butter here. Wheatley might not have the energy of your Tarantino’s or the wealth of anecdotes like your Scorsese’s, but the man knows his cinema and he knows what makes a good film. 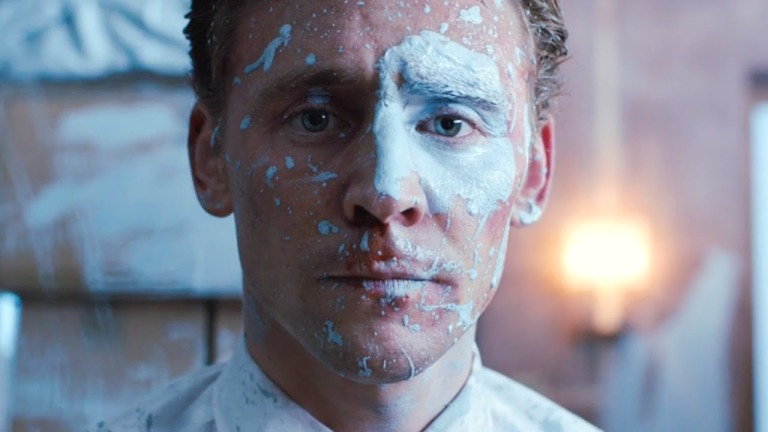 Summary:
Moral commentary disguised as total bedlam. High-Rise might get lost in its own insanity, but it sure does catch the eye.