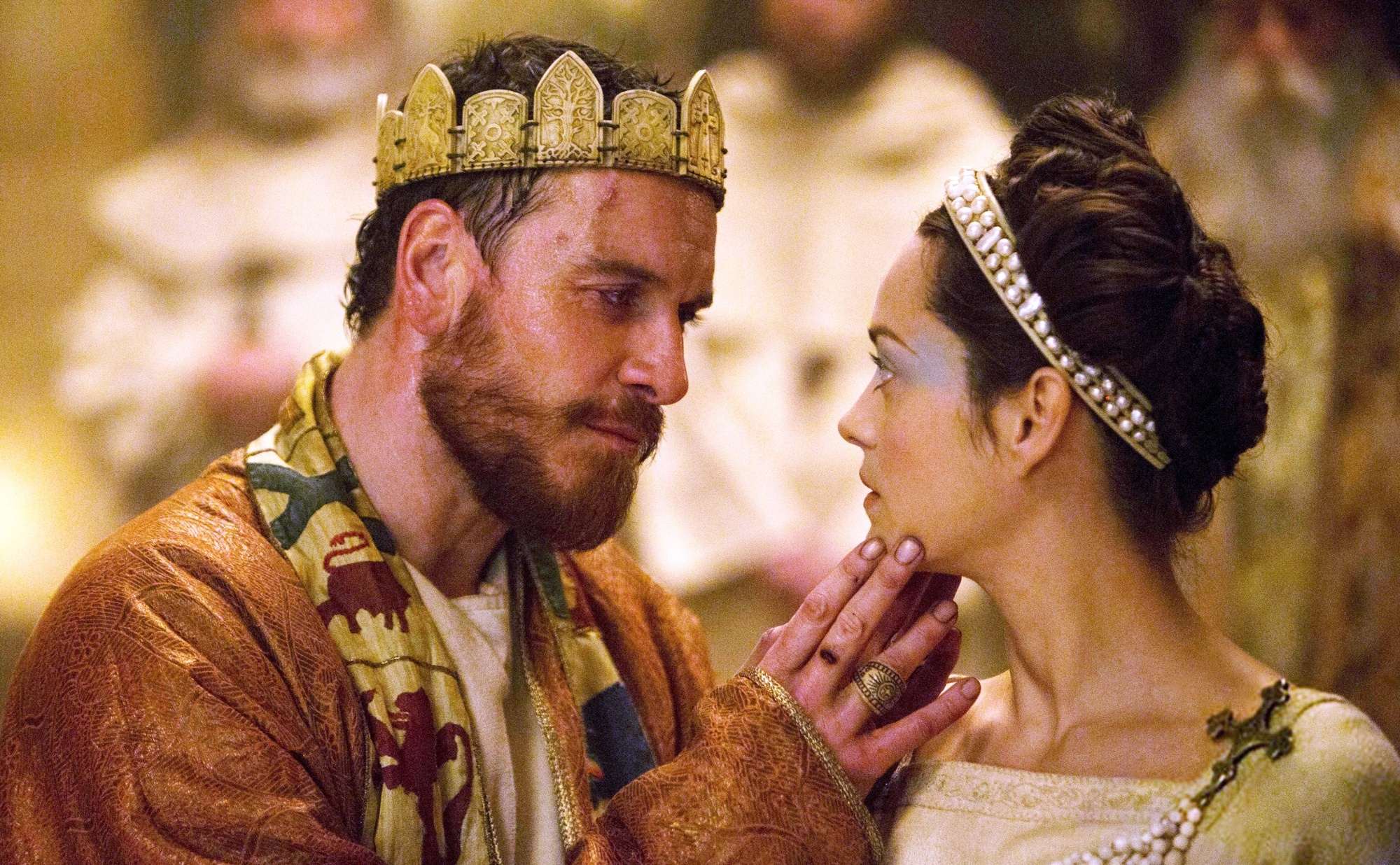 Macbeth, the Thane of Glamis, receives a prophecy from a trio of witches that one day he will become King of Scotland. Consumed by ambition and spurred to action by his wife, Macbeth murders his king and takes the throne for himself.

Somewhere up in heaven, William Shakespeare must be having a right strop. Not because someone ate his digestives, again, (get your own biscuits Keats!) or because he finally heard about Roland Emmerich’s Anonymous. No. The Bard is in a huff because he never lived long enough to see Justin Kurzel’s adaptation of his classic play, Macbeth.

Whether it is the Australian in director Justin Kurzel, or simply a stroke of genius, he has given his version of Macbeth such a ghastly, miserable atmosphere, that you finally begin to understand what Shakespeare the film director would have been like if he’d been born in, say, 1964 instead of 1564. The film creeps into being like a wretched half dead goblin and immediately spirits us away to a Scotland that looks, sounds and feels like some desolate half remembered present; filled with mysticism and disembodied horror. It is a place where time and space seem distant cousins. Yet, in spite of its paranormal essence, there is realism to Kurzel’s vision that blurs the lines between the impossible and the unthinkable. You can smell it; the damp moss, the sweat, the blood. It is a striking beautiful place filled with symmetry, and every possible shade of brown and grey. It is a place where folklore and history meet; much as one would imagine Shakespeare intended.

Less a stage to screen adaptation, this Macbeth dabbles with finer details and trims an already lean story to near perfection. Kurzel and his screenwriters skillfully squeeze and contort the plot as they need – to make the themes of their story more striking. It is a bold move, but one that ultimately pays off…unless, of course, you are a Shakespeare purist. In which case, there may be bones to pick here. But purist or no, it is impossible to argue against anything else in the film. The score is spot on, the production design worthy of every award going, and the cinematography….oh the cinematography!

Fassbender and Cotillard run the show as Macbeth and Lady Macbeth, respectively. His is a shell-shocked grunt on the edge of sanity. Less a screamy-shouty lunatic and more of a tragic mental health case study; less Smeagol on his way to becoming Gollum, and more Colonel Kurtz midway into the heart of the Vietnamese jungle. It is a truth that Fassbender himself confirms in the DVD’s special features, but this feels like a man who is suffering a very real agony before he gets anywhere near that ruddy dagger…and it’s brilliant.

Cotillard turns the often termagant Lady Macbeth into an all the more tragic and underhand character. She bullies her husband; uses sex, anger, humiliation, jealousy, pain and religion to control him. And when it all goes savagely wrong, she flips into a repentant ghost of a human. She ends the film the way Macbeth starts it; and makes us feel all the more guilty for judging her in the first place.

The rest of the cast is all strong examples of what they should be, and not a single weak link is present. But in a world where two huge dragons are breathing fire, it is sometimes hard to focus on the smaller animals running around at their feet. This film belongs to its leads.

This may be an uncouth move, but I’d dare to say; Justin Kurzel has made the definitive screen adaption of Shakespeare’s Macbeth. I’ve said it and I won’t take it back becase as we all know, “what’s done cannot be undone.”

Special Features:
Frustratingly, Macbeth’s special features feel like a dirty blemish on the backside of a masterpiece. This is a film that could so easily have warranted good 2-hours of extra features; but we end up with 20 minutes worth.

Re-imagining of a classic is your basic behind-the-scenes jobby. We glimpse a few yummy shots of the film being made, and learn a bit about the mindset behind the movie. While both Macbeth, Casualty of War and Lady Macbeth offer a wonderful glimpse into the working process of Fassbender and Cotillard. They are both amazing actors, and to see the efforts that went into forming these portrayals is a very rewarding one.

What Macbeth is really missing though is a director’s commentary. We do have an Interview with Director Justin Kurzel, but this is a short-lived and wildly undernourished little feature. Give the man a bloody soapbox someone! Goodness knows he has earned it.

Summary:
Justin Kurzel has just single-handedly re-invigorated GCSE English Literature. No more stuffy Orson Welles or lifeless class readings are necessary. THIS is the way the text should be experienced. All we need now is a proper set of special features to go with it.